Here’s the news item. This was teased at IUFO.

I’ve seen the Kodachrome slide. I thought immediately it was a child mummy (it’s in some sort of display case). I’ve shown the photo to several Egyptologists. They said the same thing. You can see why when you juxtapose the “alien” photo (on the right) with a child mummy photograph. Funny how they both have the tell-tale body cavity opening:

Tracking down which museum specimen it is would be quite difficult, though, if indeed (and I see no reason to doubt this part) that it’s a genuine Kodachrome image from 1947.

The above link also has those touting this image as an alien “analyzing” the shape of the eye sockets. Honestly, big deal. Big eye sockets in skulls are familiar — like with these “alien” specimens: 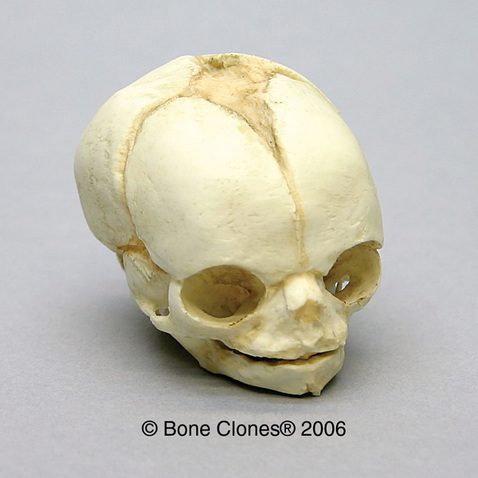 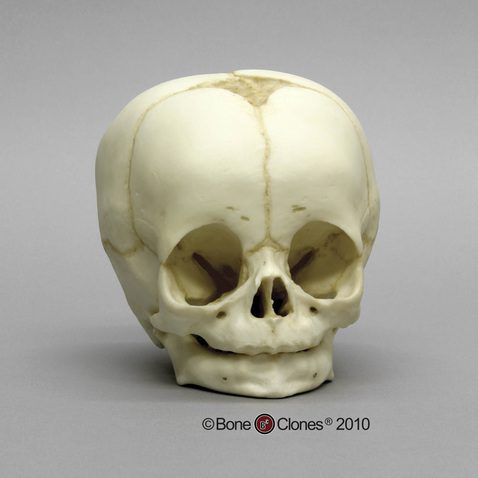 These specimens are human. The first two are fetal skulls at, respectively, 20 and 21 weeks. The last is a one-year old. They all come from the same site – a medical supply company that specializes in osteological reproductions. Hey, they even have elongated skulls models (like you’ve seen at UFO conferences I bet): 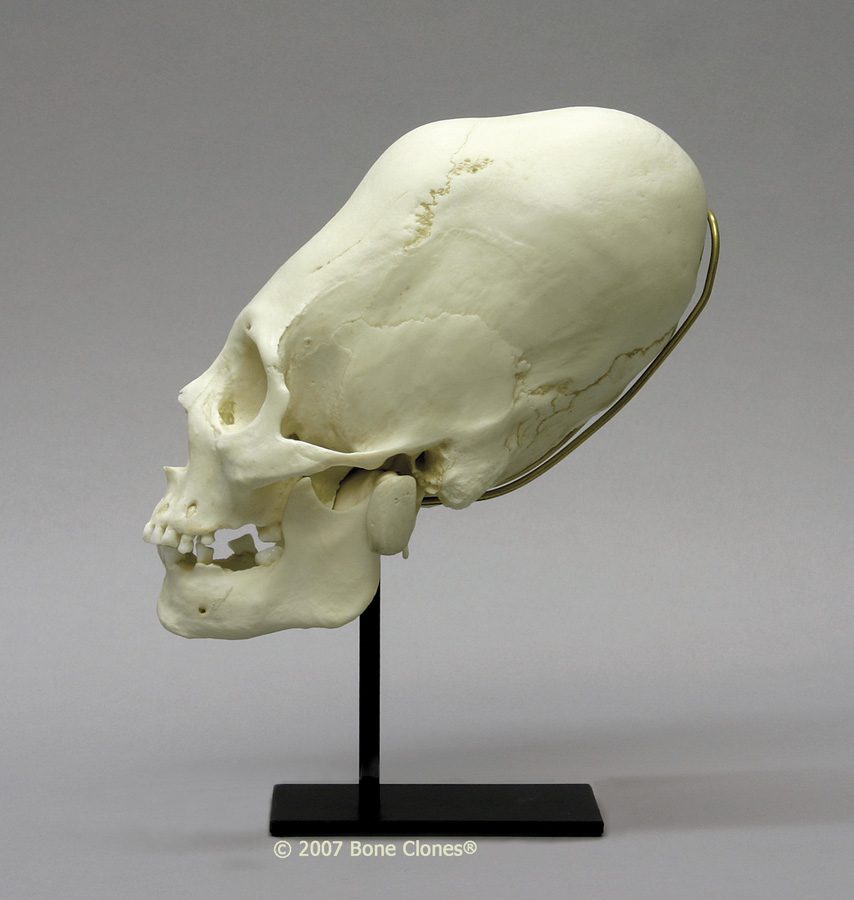 The point with offering these skulls is that the “features” that folks will say point to alien origin (in a slide no less!) are not unusual — especially if the specimen is a child mummy. None of the skull shenanigans put out on the web by ancient alien theorists are unknown. Anthropologists and medical specialists have been all over that stuff for years.

Prepare for the defense of this to get goofy. The above link already has this comment from from Anthony Bragalia:

‘What is depicted is really there, accurately reflected in the emulsion as an actual moment in time in 1947. Science has weighed in and has determined that these are real slides that are really from 1947.’ ‘

The Only Conclusion: This humanoid is not a deformed person, mummy, dummy, simian or dead serviceman.’

The Only conclusion? Play the goofy music now.

Pardon me, but child mummies were displayed in museums in 1947. And people using Kodachrome photography could have (and of course did) take pictures of them. Such photos were also real-time moments in 1947 (unless we’re in a Fringe episode now). Maybe Edgar Mitchell knows that no one took photos of child mummies in Kodachrome that year.

I can’t wait to see the data that rules out a mummy or the other options. If the “evidence” for ruling those out is “hey, the slide dates from 1947” that doesn’t cut it – by a light year. If I sound jaded, it’s because I am. I’d love to see actual physical evidence for intelligent alien life. But after nearly two decades of engagement with those who do such research (and much of it is hardly careful — but there are exceptions), all such stories, leads, and breakthroughs have come up with nothing — and too many are just a hybrid (another pun) between speculation and bunk.

The Fictional Roots of the Ancient Astronaut Myth

Some Adjustments to the Roswell UFO Festival Conference Schedule