The Big Story of the Bible, Part 10

What follows is part 10 in a series by Dr. Ronn Johnson. – MSH

I have been away from this blog for some time, though it has been constantly on my mind. Since my last post, I have written and presented a course at our church on the big story of the Bible. It was rewarding, yet undoubtedly the toughest challenge I had ever faced as a Bible teacher. As I told the class several times, sometimes out of desperation, it’s one thing to teach a passage of the Bible, or even a survey of books within the Bible—most of us have tried that—but something entirely different to approach the text with the sole intent of tracking its largest narrative. Sometimes I felt like I knew where I was going, while at other times I felt very unsure of myself, even within an hour of walking into the class. Now that it’s over I look forward to stepping back and reviewing what I said, thinking through where my work needs improvement.

I would like to return to this blog for such a purpose, in fact: to review what I said in the class and hear myself talk. I invite your response if you have the time. In previous blogs my thinking has been largely negative, pointing out perceived problems with evangelicalism’s traditional understanding of the big story of the Bible. It will feel good to turn the ship around at this point and head in a positive direction. As you could guess, my understanding of the story will be categorically different from the Sin Paid For model that I have been talking about—where the punishment required for sin by God was voluntarily paid by a behaviorally perfect individual, with this payment then being applied to those who accept this gracious provision of Christ on their behalf. I realize that many people like this story because it offers God a way to relieve the tension between his justice and love through Jesus while remaining true to his own demands of grace and impartiality. But as I’ve recommended, this does not seem to be the tension played out in the biblical story. And once we change the tension or crisis of a story we are in effect writing a different story altogether.

In my class I developed the biblical story by working through the chronological flow of the text. This is easier said than done, I came to realize, and I’ll talk more of this below. But in general I tried to not give away what happened until it actually happened. I did this for those in the class who were unfamiliar with the Bible, as well as to experiment how this would work within my own presentation. For purposes of this blog I will lay out the whole story right up front, from beginning to end, then return back to go through the details in upcoming posts. I presume that readers of this website are familiar enough with the Bible to not be annoyed at being given the end of the story too soon.

I have used the analogy of a brick wall before, so I will continue the analogy here. What follows are the one hundred bricks which make up, in my opinion, the big story wall of the Bible. Ending up with this round number is not accidental, as you could guess, but mostly because I didn’t like the idea of ending on an odd number, like 89 or 105. I constantly reworked my pile to keep it at the century mark, which is unimportant in the long run. The number can certainly change. Here are my bricks listed in the order in which they appear (or occur) in the story, starting with Genesis 1:1:

I believe these ideas form, when read from left-to-right, the story of the Bible. I am curious what you think of the list as it stands. I fear that something is being left out, or that I’m including something that doesn’t belong. I will explain my way through this list in future posts, tackling five to ten at a time, depending on how much explanation I feel they need. In the end I hope that my journey through this process leads you to develop your own list and your own big story of the Bible.

Thanks for listening, and I welcome your emails to ronnjohnson7@gmail.com. I will try to reply. 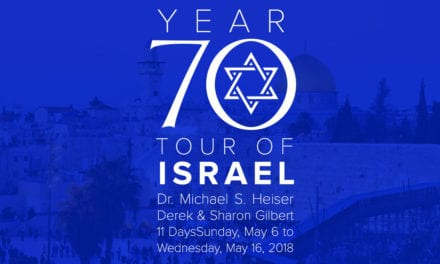 Christianity Astray: The Link Between Theological Illiteracy and “Spirituality”