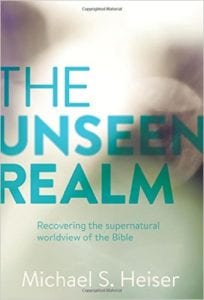 In The Unseen Realm, Dr. Michael Heiser examines the ancient context of Scripture, explaining how its supernatural worldview can help us grow in our understanding of God. He illuminates intriguing and amazing passages of the Bible that have been hiding in plain sight. You’ll find yourself engaged in an enthusiastic pursuit of the truth, resulting in a new appreciation for God’s Word. 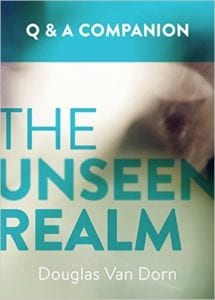 In The Unseen Realm, Dr. Michael S. Heiser unpacked 15 years of research while exploring what the Bible really says about the supernatural world.

Now, Douglas Van Dorn helps you further explore The Unseen Realm with a fresh perspective and an easy-to-follow format. Van Dorn summarizes key concepts and themes and includes questions aimed at helping you gain a deeper understanding of the biblical author’s supernatural worldview. Use your copy of The Unseen Realm: A Question & Answer Companion for personal study or for leading discussion with a small group. 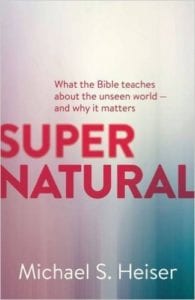 Dr. Michael S. Heiser, a Scholar-in-Residence at Faithlife Corporation, presents fifteen years of research on what the Bible really says about the unseen world of the supernatural―unfiltered by tradition or by theological presuppositions. “People shouldn’t be protected from the Bible,” Dr. Michael S. Heiser says, but theological systems often do just that, by “explaining away” difficult or troublesome passages of Scripture because their literal meaning doesn’t fit into our tidy systems.

Who were the “sons of God”? Who were the Nephilim? Where do angels fit into the supernatural hierarchy? Why did God find it necessary to have the Israelites destroy the populations of entire cities―man, woman, and child? What relation does Jesus bear to the rest of the supernatural world? Dr. Michael S. Heiser tackles these questions and many more in his books Supernatural and The Unseen Realm. 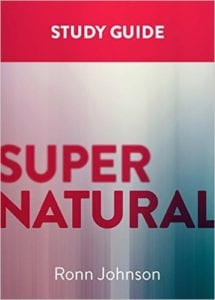 Ronn Johnson’s Supernatural: A Study Guide will help you further explore the ancient worldview of the Bible. Johnson walks through main themes and big picture ideas from Supernatural, while connecting each with practical applications. Reflection questions at the end of each chapter are designed for individual study or discussion with a small group. 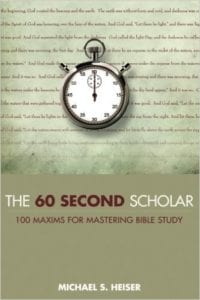 Master the art of Bible study one minute at a time. The Bible is the most important book in history. It’s also one of the most misunderstood. Studying Scripture involves much more than reading. Serious Bible study can be a daunting task. It takes effort and skill. The Bible was put together over 2000 years ago. There are serious obstacles to grasping its meaning and message. Wouldn’t it be great to have a seasoned Bible scholar by your side to help? Now you can. In The 60 Second Scholar: 100 Maxims for Mastering Bible Study, Dr. Michael S. Heiser is the guide by your side. In this first of three 60 Second Scholar volumes, Dr. Heiser shares 100 brief, easy-to-read lessons and truisms for grasping God’s word, learned over the course of nearly twenty years of teaching. Adept Bible study isn’t about checklist tasks. It’s about using the right tools, thinking carefully, and sticking to the task. You don’t need to be a scholar to understand the Bible. You just need some advice from one along the way. 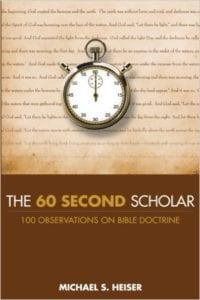 Here’s proof that Bible doctrine isn’t dull. Bible doctrine gets a bad rap. It’s anything but boring. The Bible is to doctrine what a recipe is to the delicious results. What satisfies is the outcome—the mouth-watering morsel—not the lifeless list of ingredients. If all you know of Scripture is Bible characters and stories, you’re missing its life-changing teachings. The crucifixion was an event. What it means is doctrine. In this third installment of Michael S. Heiser’s 60 Second Scholar series, Dr. Heiser shows readers how to think carefully, analytically—theologically—about what the Bible says. The 60 Second Scholar: 100 Observations on Bible Doctrine covers the spectrum of Christian doctrine, succinctly drawing doctrinal meaning from the biblical text independent of denominational traditions.

The 60 Second Scholar: 100 Insights That Illumine the Bible 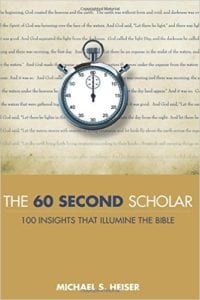 Boost your Bible comprehension one minute at a time. The Bible was written for us—but not to us. We’re not part of the ancient world that informed its writers. We’re strangers to their ideas, experiences, and worldview. Because we’re cultural and historical outsiders, what we read in the Bible can often be perplexing and impenetrable. But take heart. But clear comprehension of what’s in the Bible isn’t a lost cause. In the second volume of his 60 Second Scholar series, Dr. Michael S. Heiser reveals the 100 most indispensable insights for understanding the Bible. The 60 Second Scholar: 100 Insights that Illumine the Bible presents readers with a straightforward but audacious proposition: Grasping these 100 insights will mean comprehending Scripture more clearly than you ever have before. You don’t need time travel to understand Scripture, but you do need directions.

I Dare You Not to Bore Me with The Bible 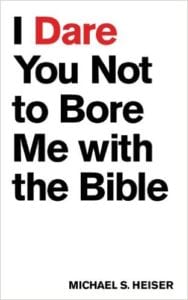 The Bible is filled with passages that are so baffling we tend to ignore them. Yet the passages that seem weird might be the most important. This collection of essays from Bible Study Magazine will shock you, intrigue you, and completely change the way you view the Bible. Dr. Michael S. Heiser visits some of the Bible’s most obscure passages, unveiling their ancient context to help you interpret them today. Read this book, and you’ll never be bored by the Bible again. 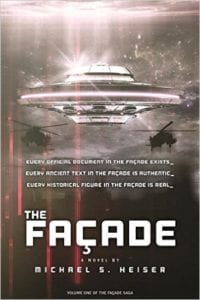 Haunted by his parents’ death and his career failures, Dr. Brian Scott has begun to settle for the life he’s been given.

Until he’s kidnapped by military insiders known as The Group. 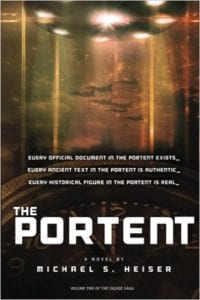 The climactic ending of The Façade left Brian Scott and Melissa Kelley with only each other–and the terrible secrets they carry. The Portent finds them living under new identities, their future clouded by constant fear of being exposed. By the time Brian and Melissa learn they’re being watched, their carefully constructed lives will be over.

Follow Brian and Melissa into the center of an unthinkably vast, centuries-old conspiracy, conceived to turn the faith of millions against itself. Revelations from ancient tombs, long-forgotten Nazi experiments, UFOs, occult mythologies, biblical theology, and godlike technologies converge in answer to a terrifying question: Now that “they” are here, what do they want?