Enlightening Debunking of the Egyptian “Lightbulb” at Denderah

I just came across this amazingly detailed debunking of this oft-cited piece of Egyptian paleobabble. It’s the best I’ve ever seen on this modern myth. it explains, in deep detail, what the image is depicting and what it means. This “light bulb” nonsense is often used in discussions about Egypt’s high technology (learned from aliens in the minds of certain “researchers”).

As a visual aid to what you’ll read in the link, I offer the picture below (taken from the link). In the picture I’ve added a red arrow — it points to the lotus flower (which is what the “light bulb” actually is). The details of the flower are clearly visible. It’s a familiar and important motif / symbol in Egyptian mythology. The blue arrow points to the snake emerging from the flower — it isn’t a wire filament … it’s clearly a snake (in both “bulbs”). You can click on the image to get an enlargement.

It’s startling how dumb the ancient astronaut stuff really is. 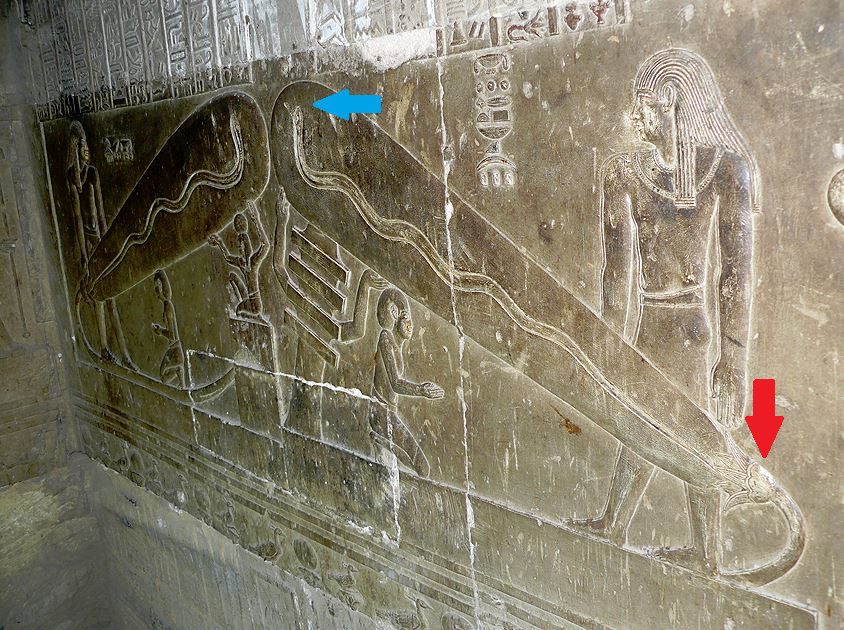 Where Angels Fear to Tread

If Your Thing is Roman Emperors…

Addendum to the Anunnaki Search on my Sitchin Is Wrong Website