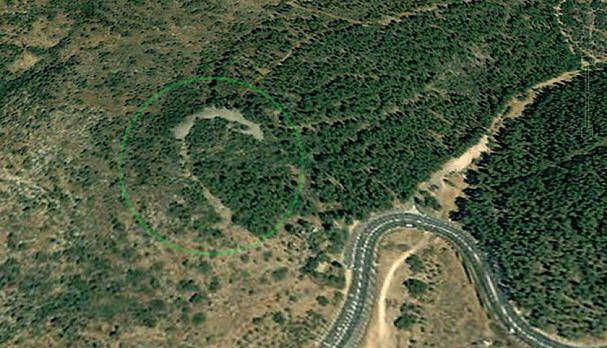 A number of websites and blogs I subscribe published this bit of news today. The article from Salon.com is representative. The first paragraph reads:

A massive crescent-shaped stone structure has been discovered just a few miles northwest of the Sea of Galilee in Israel. Dating between 3050 B.C.E. and 2650 B.C.E., the monument is almost 500,000 cubic feet in volume and about 492 feet long. It seems hard to believe that such an enormous structure could have gone unidentified until now. In fact, archaeologists had assumed that the stone formation was part of a city wall; it wasn’t until Ido Wachtel, a doctoral student at the Hebrew University in Jerusalem, found that there actually wasn’t a city beside the “wall,” that he realized it was a stand-alone monument.

Hopefully most readers realize that, according to biblical history (and “secular” history as well), the land we call Israel wasn’t always Israelite turf. This is only a shocker to those unfamiliar with biblical content.

Readers of my divine council material familiar with the “Deuteronomy 32 worldview” will find Wachtel’s argument interesting. The monument is dated to ca. 3000 BC. That puts it well before the time of Abraham. Abraham is, of course, the pivotal figure in biblical history. The Old Testament has Abraham as the father of Isaac (by divine intervention; see Genesis 12, 15, 18), who was the father of Jacob, whose name was later changed to Israel. Israel was, as Deut. 32:8-9 (cp. Deut. 4:19-20) says, “Yahweh’s portion” of the nations of the world. Those two verses in Deuteronomy also say that, at the time of the Tower of Babel incident, the nations of the earth were disinherited by Yahweh and allotted to “the sons of God.”1 Consequently, it was only after the time of Abraham that the land we know as Israel was taken by Yahweh (Deut. 4:19-20) as his own.

The Mesopotamian context of the moon god Sin is also of interest with respect to Abraham (aka, Abram). The god Sin was securely associated with Harran (Akkadian: ḫarranu; ḥaran in the Old Testament).2 Biblical Haran was the place to which Terah (Abraham’s father) and his family (including Abram/Abraham) migrated from Ur.3 With all the above in mind, DDD’s brief comments on Sin are interesting:

The name Sîn (earlier Suen, Suin) survived in the Aramaic speaking world as the name of the moongod residing in Harran. This cult, already attested at the beginning of the second millennium in Mari, was promoted by Nabonidus who gave Sîn epithets such as ‘Lord/King of the Gods’, or even ‘God of Gods’ . . . . For this reason, the Aramaic name of the god Mrlhʾ (Marilahe, ‘Lord of the Gods’) has been identified with Sîn of Harran. Normally, the name of the moongod was Šah(a)r among the Aramaeans.

In Mesopotamia, the Sumerian and Babylonian moongod, Nanna/Sîn, was venerated everywhere, but Ur remained the centre of his cult.4

So, Yahweh, the God of the Bible and of Israel, took territory (Israel) from a foreign deity (Sin) who had been considered the god of gods — a decision in biblical history that was described in Genesis 11, the Tower of Babel (which obviously has a strong Mesopotamian context).

This is a cool example of archaeology coinciding with biblical messaging.