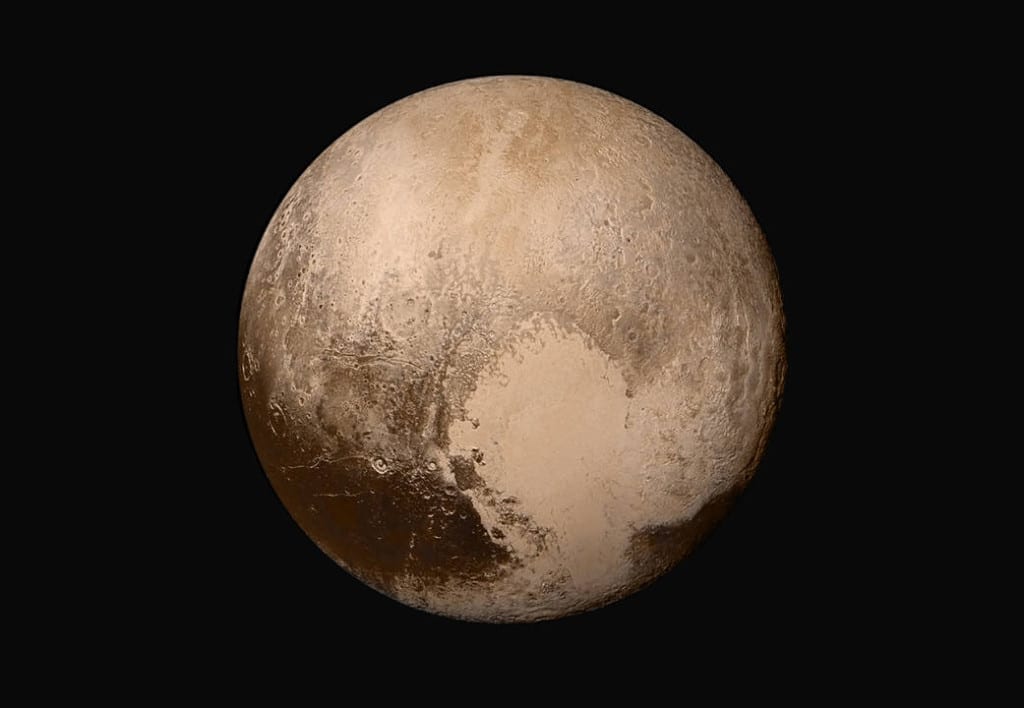 The fly-by photographs taken of Pluto as part of NASA’s New Horizons mission to gather data on Pluto have been all the rage on the internet. Naturally, not everything has gone as expected; there have been technical glitches. Equally as normative, voices on the internet conclude that any glitch must mean a NASA conspiracy. Richard Hoagland, most famous for promoting the “face on Mars” for decades believes that something fishy is going on to conceal evidence of ET intelligence via artifacts on Pluto. What else?

Stuart Robbins, the force behind the Exposing PseudoAstronomy has managed to stay on top of all the conspiracy theories spawned by the New Horizons mission. Here’s Stuart’s summary of what Richard Hoagland thinks about Pluto:

2. Richard thinks it was created by a Type II civilization (can harness the energy of a solar system) that died 65 million years ago and so isn’t enough time to accumulate rings / tiny moons. It has archives/libraries where our “true” history is stored, and it didn’t suffer from the exploding planet that created the asteroid belt at that time which is also why neither Pluto nor Charon should have many craters.

3. He expects the “regular, geometric patterns” that are evidence of this civilization to be prominent. He also thinks the cantaloupe terrain on Triton is buildings buried by methane ice that NASA released but just never mentioned, and he expects to see more of it on Pluto.

4. “We’ve already found some staggering, repeating, right-angle geometry that has no business being there, and yet no one has commented about it because they don’t know what to say!”

5. The “weird computer outage” was a warning to NASA to not show what’s really there … from “somebody.”

Here’s an archive of Stuart’s eight (as of this evening) podcasts chronicling the mission and debunking the pseudo-scientific conspiracy talk that has accrued to it.